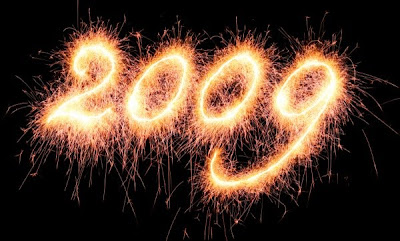 There are few things in this world more hit-or-miss than cover albums. If it’s a tribute compilation for a particular songwriter, some artists “get it” more than others. If it’s one artist putting out their own cover album, listeners inevitably like the songs they know more than those they don’t. Such is life.

Compiling this list, one album after another had to be eliminated because of a single song, one Achilles’ heel that brought down the whole disc. Eventually only ten remained, ten cover albums exceptional from beginning to end. Enjoy, and check back next week for the Best Cover Songs of 2009! 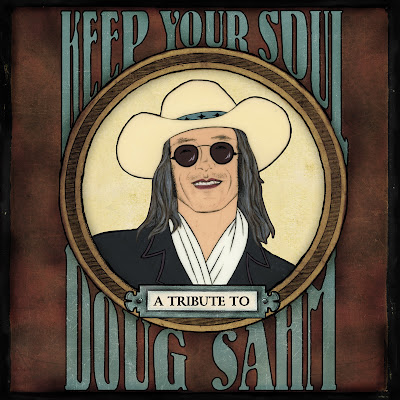 10. Various Artists – Keep Your Soul: A Tribute to Doug Sahm

Texas songwriter Doug Sahm never achieved fame outside the southwest, but to his peers in music he’s long been a legend. A prolific songwriter, he maintained three bands throughout his career alongside his solo work: the Sir Douglas Quartet (with whom he had his biggest hit “She’s About a Mover”), the Texas Tornados and the Bottle Rockets. On the tenth anniversary of Sahm’s death came Keep Your Soul, a group of peers and admirers like Los Lobos and Alejandro Escovedo rocking through his Tex-Mex jive.
Charlie Sexton – You’re Doing It Too Hard 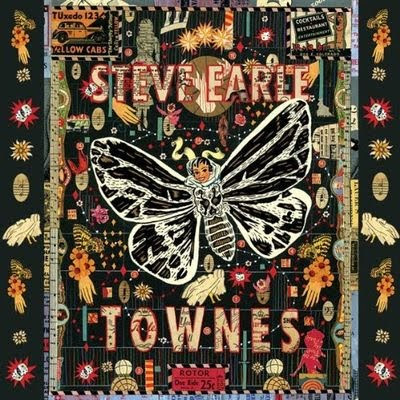 Townes is more than one artist paying tribute to another. It’s a letter from one friend to another, part homage, part eulogy and part thank-you note. Townes Van Zandt mentored Earle when he was just beginning and continued to watch over Earle’s life even as his own spiraled downward. Earle followed the same alcohol and drug-fueled path that ended in Van Zandt’s untimely demise, with one difference: Steve came out the other side. Here he pays tribute to a friend who wasn’t so lucky.
Steve Earle – Loretta (Townes Van Zandt) 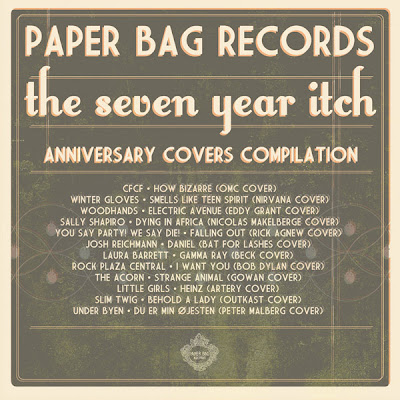 On their seventh birthday, Paper Bag Records invited the fans to the celebration, putting up a free covers compilation on their website (still available). Everyone from Beck to Bats for Lashes gets the Paper Bag treatment, with bizarre and fantastic results. If only every birthday was this much fun!
Winter Gloves – Smells Like Teen Spirit (Nirvana) 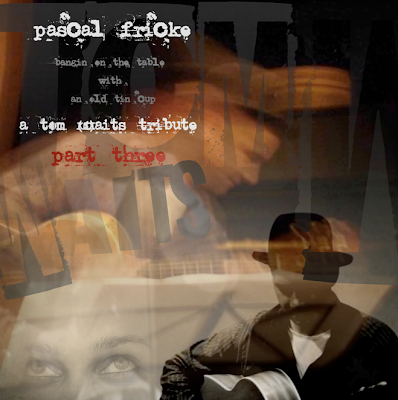 7. Pascal Fricke – Banging on the Table with an Old Tin Cup III

Another freebie here from Tom Waits superfan Pascal Fricke, it’s volume three of his Waits cover series. His usual all-instrumental formula gets a twist courtesy of YouTube pal Vamosbabe’s sultry singing to Fricke’s typically gorgeous ukulele, guitar, or mandolin. The pair may never have met in person but they sound like two long-time lovers sitting together at a Parisian café.
Pascal Fricke – Green Grass 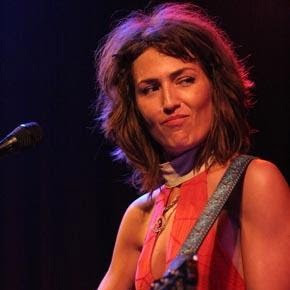 When an album’s cover features a hefty pair of butt cheeks (view that NSFW cover here), you know something unusual awaits. Joan Wasser’s slow falsetto-funk version of Jimi Hendrix’s “Fire” gets things started on an off-kilter note, but sounds downright pedestrian compared to the versions of Britney Spears, Adam Ant and Public Enemy that follow. What other album contains covers of both Nina Simone and T-Pain (without AutoTune!)?
Joan As Police Woman – Ringleader Man (T-Pain) 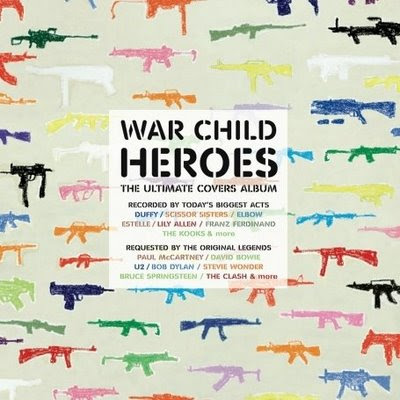 What looks like a truly grab-bag line-up (Elbow, Duffy, Scissor Sisters) on this benefit is the result of a single brilliant idea: Get classic artists like Bob Dylan and Iggy Pop to pick a member of the next generation to cover their song. Dylan picked Beck and Iggy picked Peaches (ha!), but the most exciting tune has to be the Hold Steady’s bar-band blast through “Atlantic City,” finally recorded after debuting at an unrecorded Springsteen tribute concert three years ago.
TV on the Radio – Heroes (David Bowie) 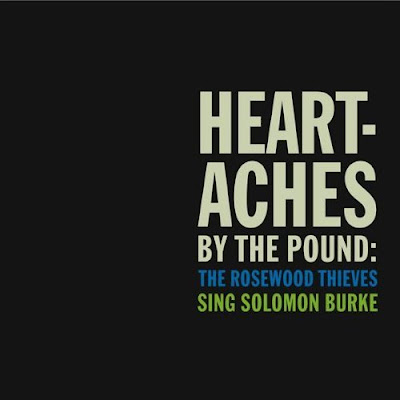 Soul man Solomon may seem a surprising choice from these back-porch boys (The Rosewood Thieves Sing The Band would be a more likely album), but the distance between their Americana thump and Burke’s gospel blues allows a whole new sound to emerge organically from these heartbroken cries. This EP only contains six songs, but each stomps and swings like Wilson Pickett fronting the Black Keys.
The Rosewood Thieves – Home In Your Heart (Solomon Burke) 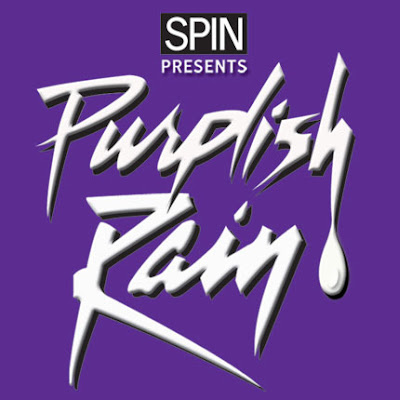 SPIN magazine couldn’t get the notoriously press-shy Prince to comment for their Purple Rain 25th anniversary cover story, so they did him one better by soliciting new versions of every song on the legendary soundtrack. Lavendar Diamond slow-burns “Purple Rain,” Of Montreal electronically freaks out for “Computer Blue” and The Twilight Singers sound like the coolest church choir ever on “When Doves Cry.”
The Twilight Singers – When Doves Cry 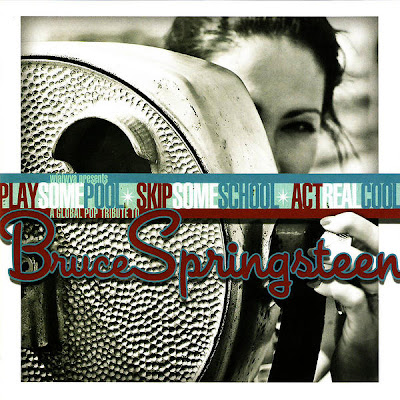 This list is concerned with quality over quantity, but any tribute album that includes 38 brand-new covers deserves extra commendation. All obscure groups, all incredible readings of Bruce Springsteen classics, rarities and newer songs (including three tunes from Bruce’s 2002 The Rising). With 38 songs they can’t all be brilliant, but somehow even the album’s one miss – Travis Elborough’s spoken-word “My Hometown” – is so truly awful it becomes endearing, a moment of unintended hilarity lightening a tale of resilience tested and dreams crushed.
The Vatican Cellars – Darkness on the Edge of Town 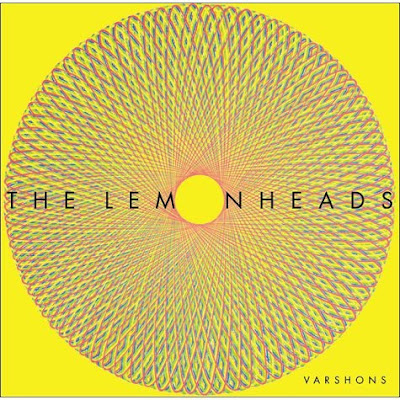 Twelve songs of booze-pop genius cover both classic tunes by songwriters like Leonard Cohen (Liv Tyler guests!) and Townes Van Zandt and obscurities from July and the unfortunately-named FuckEmos. Their brilliantly drawled version of GG Allin’s “Layin’ Up with Linda” turns the best boredom-induced murder song since “Folsom Prison Blues” into a jaunty pub sing-along.
The Lemonheads – Layin’ Up with Linda (GG Allin)

And there you have it. Tune in next week for the Best Cover Songs of 2009!