What do Amy Winehouse and John Lennon have in common? They’re only two degrees of separation away from this month’s Cover Commissions artist! The first connection is producer Mark Ronson, widely credited with giving Winehouse (and others) her unique sound. He released his excellent covers disc Version in 2007 with help from Lily Allen, Santigold and…our guy, on piano!

The second connection is Sean Lennon, respected musician as well as famous son. This month’s artist is Sean’s childhood friend, and not only did he play on Sean’s Friendly Fires a few years back, he even co-wrote two of the songs! 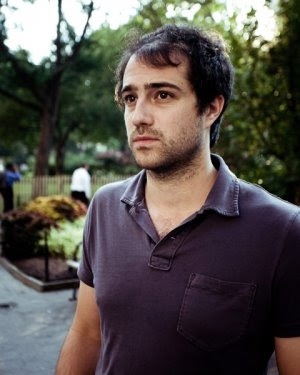 So without further ado, let me present to you…Jordan Galland. When he’s not recording music or playing with his band Dopo Yume, he’s also an acclaimed filmmaker. His most recent album is Airbrush, which you can pick up for cheaps here (or iTunes or Amazon or CDBaby or anywhere else). Or get a taste over at his MySpace page. Dude’s even made a bunch of animated music videos for his tunes! Here’s the newest (and cutest):

All that would be enough for most people, but Jordan’s going to try his hand at a cover for us. What song? As always, it’s up to you!

Nine songs are presented below, each with a link to a youtube video so you can easily listen to any tunes you don’t know. Listen to each, listen to Jordan’s original music, then figure out where his sound would work best and cast your vote in the poll on the right. Voting closes in one week and a brand-new cover of the winning song will debut here in a month or so. Introducing….The Contenders.

Get listening and get voting! You have one week…GO!